“We set up our synagogue in the park wading pool”: This rabbi held in-person services for the first time in nine months (Toronto Life, August 4, 2021)

Rabbi Aaron Levy reflects on the history of Makom and discusses our tenth anniversary celebration. Read the article here

Makom was interviewed by the Canadian Jewish News about gender seating during services. Read the article here.

A few months after moving into our College Street storefront, the CJN interviewed curator and artist Evelyn Tauben about the first window installation, and Rabbi Aaron Levy about the benefits of having our own space. Read the article here

Listen to Rabbi Aaron Levy talk about Purim on Here and Now:

Listen to the interview here

Makom was also mentioned in a Here and Now interview with community member Sarah Brodbar-Nemzer about Chanukah. Listen here.

On December 20, 2011 Parent Central mentioned Makom’s Downtown Jewish Playschool, our after-school program for children ages 3 to 7, in a story about community member and Playschool co-founder Sharry Aiken and her family. Two more of our community members were mentioned in a Toronto Star article titled “Judaism became more important after kids”. Read it here.

Back to the ‘Hood

As she strolls along College Street, at the northern edge of Kensington Market in downtown Toronto, Sarah Brodbar-Nemzer sometimes imagines that she is walking back in time.

In 2010 Makom and Shoresh co-presented the Jewish Urban Homesteading Workshop Series. The July 2010 session, Jam Making and Canning 101, was attended by author Sarah B. Hood as research for her book We Sure Can! (Artisanal Pulp Press, 2011) The book has recently been published and a photo of that workshop appears on page 27 along with mention of the workshop series and an interview with Risa Alyson Cooper (nee Strauss), Director of Shoresh. 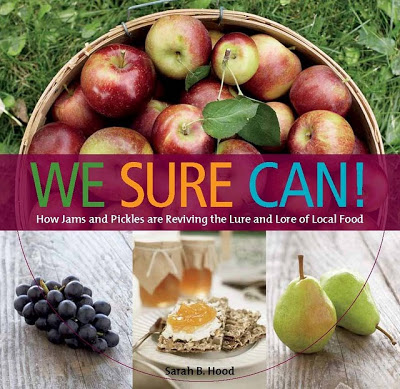 A recent front-page article in the National Post brought attention to the claim currently before the Ontario Labour Relations Board that the Kashruth Council of Canada hasn’t been paying its mashgichim overtime, as mandated by provincial law. While COR disputes the charge, the case impels us to consider what Jewish law and values teach us about employer-employee relationships.

Natan has announced the awarding of over $950,000 to 47 emerging nonprofit organizations and individuals around the world that are working to strengthen the Jewish people and the State of Israel.

The congregation of 50 or so is young and energetic and their voices roll and rock through the storefront artist’s studio, converted to a place of worship on Friday evenings.

A grassroots group known as Makom is looking to bring back a Jewish presence in Kensington Market, an area that was formerly one of the community’s mainstays prior to the post-war period when many people moved out of the downtown core.

Makom, a new non-profit organization that serves downtown Toronto’s growing Jewish community, has been named one of North America’s 50 most innovative Jewish non-profits by Slingshot ’10-’11, a guidebook that helps funders identify up-and-coming organizations.

The immigrants that settled in early 20th century Toronto eventually fled downtown for the suburbs in various directions. The Jews were the only group to take a linear route, straight up Bathurst, from Kensington Market.

Makom was the first Canadian organization to be named one of the 50 most innovative Jewish organizations by Slingshot. Download or order the guide here (click on “The Guide>overview”).

A Toronto organization was recognized this week as one of North America’s 50 most innovative Jewish nonprofit organizations. Makom, founded in January 2009, was listed by Slingshot in its 2010-2011 edition, becoming the first Canadian organization to receive the honour in the publication’s six-year history.

Marching to his own beat
Friday Night, summer 2010 issue

The crowd at Kiever’s Friday’s Shabbat service looks like a microcosm of your typical downtown Toronto street. A young man with blond dreadlocks hands out prayer books, while the pews fill up with 20 and 30-somethings sporting jeans.

Ani le-dodi ve-dodi li: I am my beloved’s and my beloved is mine

I recently returned from a conference for rabbis and rabbinical students organized by American Jewish World Service (www.ajws.org), an international, grassroots development organization dedicated to alleviating poverty, hunger and disease among people in the developing world.

TORONTO – Lois Lilienstein of Sharon, Lois and Bram fame is not only a great entertainer. She makes the most wonderful blintzes, as anyone who attended last week’s Limmud program, where she demonstrated the art of creating the perfect crepe, would agree.

In the three years since we moved from New York to Toronto, we’ve been asked countless times, in all seriousness: “Isn’t it dangerous in the United States?” We laugh each time at the seeming absurdity, the way our Canadian colleagues relate to America with the same fear that Americans usually reserve for developing nations engaged in active civil war.

The slight chill and heavy winds did little to deter the crowd that showed up to honour the memory of two recently murdered Israelis. Held on the rooftop of the Miles Nadal Jewish Community Centre, approximately 85 people attended the Aug. 25 vigil for Nir Katz and Liz Trubeshi, who were killed in the attack on a Tel Aviv centre for gays and lesbians on Aug. 1. At least a dozen others were injured by the masked gunman.

TORONTO – On a windy rooftop patio in the heart of downtown Toronto, a crowd gathered last week for a vigil.

They were remembering the victims of the Tel Aviv shooting, when a masked gunman stormed Aguda, a LGBT (Lesbian, Gay, Bisexual and Transgendered community) centre and sprayed bullets with a machine gun through the crowd during a support group session on Aug. 1, 2009.

On Wednesday morning I awoke before dawn and gathered with about 100 others from Toronto’s Jewish community at Christie Pits park to honour Birkat Hachamah, the blessing of the sun, marking the location of the sun being at the precise location it was placed on the fourth day of creation, according to ancient Hebrew texts.

I’m not a morning person, but on April 8, I’ll actually be excited to wake up before dawn. Yes, it’s the morning before Passover begins, and I’ll still have a long to-do list of cleaning and cooking to purge our home of chametz and prepare for the seders, but that’s not why I’ll rise with alacrity. Rather, it’s the once-in-a-generation opportunity to say Birkat Hachamah – the blessing of the sun – that has me enthused.

The day began with the Unitarian Universalists of Southern Ontario and other individuals gathering to share readings, reflection, and naming the MPPS on the day’s prayer list.

It is commonly known that Jews will commemorate the destruction of the Second Temple this coming Tuesday with the fast of Tisha b’Av.

What’s less known is that the period prior to the destruction featured great variety in Jewish life: there were multiple, competing groups with widely diverging ideologies on the most fundamental matters in Jewish belief and practice, including Sadducees, Pharisees, and Essenes, among others. Of course, there were also plenty of ordinary Jews not affiliated with any sect.